Now two years in office, Donald Trump has done much to help slow down the Lefts rapid vindictive dismantling of America but he has a LONG, LONG, LONG way to go with nowhere near enough time left on the clock. Last nights elections results could have been worse but with the Red Democratic party winning the House it will only further slow down any advancements in preserving our very frail nation; and only add furthermore to the deceptions and distractions in the lawless media against president Trump. Friends, the above image is provided to show how much time is left and what our nation looks like at present! Seventy-five years of eroding socialistic and anti-Judeo/Christian policies have decimated our nation morally, socially and financially. Do not deceive yourselves into thinking that America will survive and we will overcome the Left. They have demonstrated that they will not go away and are sold out in transforming and destroying this nation into a lawless wasteland. Dear friends. the hardest thing to make Americans see today is that we are already under Almighty God’s RIGHTEOUS judgment and He is just giving this nation a little more time to repent before the Day of the Lord arrives (Ex. 34:6, Matt. 11:28-30, John 3:16-17, Rom. 2:4, Eph. 1:7)! 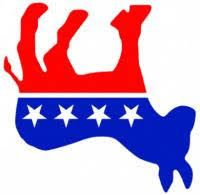 The Left today is far more left today then they were 10 years ago. In the last 10 years they have been able to deceive the youth of America to side with them and have rallied them to their godless cause to fight with them on a lawless moral relativistic platform (1 Tim. 4:1-3, 2 Tim. 3:1-5, 2 Thess. 2:12,  Jude 1:10). The Left today – after their 2016 presidential election loss – are more zealous and crazier than ever about getting back power, advocating lawlessness, advancing moral relativism, promoting social justice, executing critical theory and waging war on any who stand for the slightest of common sense, based on the Laws of Nature and of Nature’s God. We are more divided today as a nation, not by people’s political parties but rather by ideology based on moral and spiritual relativism (Rom. 1:18-32). How can any society survive when moral absolutes are hated, scoffed at and demonized by both political parties? The answer is, “It will not!” Thus, we now see the final sad state and coming downfall of our once great and highly respected nation (Psalm 11:3, Prov. 14:3).

We are more divided today as a nation, not by people’s political parties but rather by ideology based on moral and spiritual relativism.

Many Conservatives these days are aligning themselves with the fiscal conservative while ignoring their social moral positions. These delusional dreamers are being deceived and are by no means stopping the bleeding of our nation by its abandonment of social-moral conservative absolutes. They are placing ALL their trust in a fallen man, a lawless apostate political party, the wrong lawless ideal and are feeding the fire for the demise of our nation, as prophetically predicted by our Founding Fathers.

Tragically, it will be this complete abandonment of social morals that will be America’s final demise.

Tragically, it will be this complete abandonment of social morals that will be America’s final demise and my dear friend we are already there! This nation – due to her abandonment of moral absolutes and the soon coming Rapture of the body of Christ – will finally implode on herself, thus opening the door to the entrance of the Four Horsemen and the dreaded Day of the Lord (Rev. 6-19). My dear friends, it is absolutely crucial for all individuals to be sure that they personally know the Savior of this doomed and fallen world (John 1:12, 3:16-17, 1 John 5:10-13). This world is headed into the final showdown between lawlessness and RIGHTEOUSNESS. Between Lucifer the fallen angelic creature and the ETERNAL GOD and CREATOR of ALL that is in the heavens and the earth (Rev. 16:13-16).

My dear friends, the Kingdom of Heaven is TRULY at hand!