Veteran academics warn college students are going off the rails

Jeremiah Poff – Franciscan University of Steubenville •April 10, 2018
Colleges are ‘unreformable’ by nowSTEUBENVILLE, Ohio – Today’s college students are “situationally confused.” They have no room in their schedules for “intellectual curiosity.”And their sexual promiscuity is practically the only part of their lives that their colleges refuse to police.

Two veteran academics who have diagnosed different plagues in modern higher education have little optimism for young people entering college for the foreseeable future, judging by their presentations to a conference this past weekend at Franciscan University of Steubenville, a conservative Catholic institution.

College students have no passions today and “aren’t trained to pay attention to the things they feel connected to,” former Yale English professor William Deresiewicz told the gathering on the “crisis” in American higher education at the Veritas Center for Public Ethics.

The author of Excellent Sheep, which fleshes out his views on the failure of elite education, told the Franciscan crowd that most students nowadays think that being intellectual simply means getting good grades.

Deresiewicz explained that most students now engross themselves so much into learning the structural parts of their classes that they “don’t have time for intellectual curiosity.”

Students “can’t think for themselves because they don’t have time,” he said.

He began assigning A-minus grades to students whose papers simply checked all the necessary boxes for an A but didn’t add any real insight, while working with those students to help them find their own intellectual voice.

Deresiewicz recounted how a student once told him “‘I hate all my activities, I hate all my classes, I hated high school, and I expect to hate my job,’” and that she had accepted this as her reality.

Such students go into fields including law, medicine and finance because they assume it will yield a lucrative career, not because they actually have a passion for those disciplines.

“You might as well go to Wall Street and make a lot of money if you have nothing better to do,” he quipped. 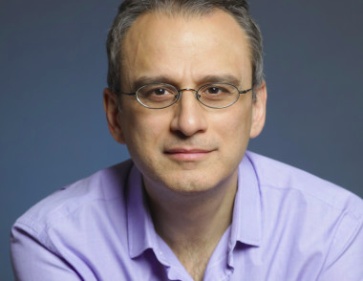 Deresiewicz (left) said there are “a large number of mentally smart, [but] situationally confused graduates,” too many of whom sign up for Teach for America because they see it as a next step after graduation. There’s nothing wrong with the nonprofit’s work, he clarified, but students use it as a crutch because they have no idea what they are actually going to do with their lives.

The former professor, who taught at Columbia and Yale before becoming a full-time writer in 2008, said “young people aren’t trained to pay attention to the things they feel connected to.” He said most of the students he had taught at Yale came there with a “passion for success” but no other particular goals.

A professor who made his name in 2005 by shining a light on the “anarchic and often dangerous sexual environment” on campus, meanwhile, warned that college students’ sexual behaviors are just as degraded as their intellectual undertakings.

Vigen Guroian, professor of religious studies in Orthodox Christianity at the University of Virginia, focused on the implications of “sexual libertinism” on college campuses in his talk.

His Christianity Today article “Dorm Brothel” launched a wave of attention for the professor, then teaching at Loyola College in Maryland. Readers flooded Guroian’s inbox with stories of their experiences with the collegiate sexual free-for-all.

Guroian said he wasn’t trying to shame Loyola into changing its policies on sexual activity by writing the article. He simply wanted to lament the destruction of courtship and marriage that those widespread sexual behaviors were causing.

“I believe that the college experience has an impact on the marriages our children make” and has probably affected the divorce rate, he said.